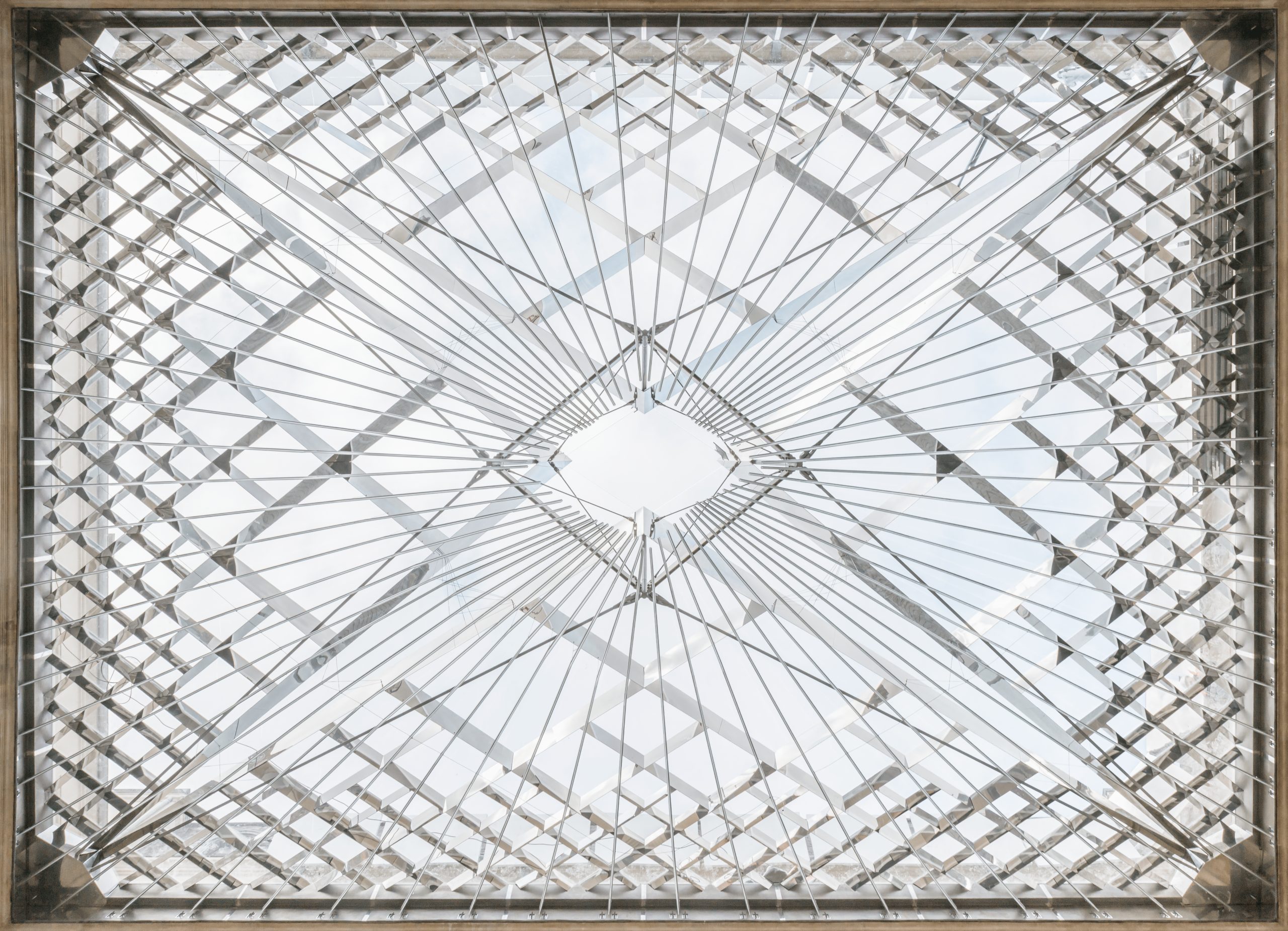 Bringing a Little Light into an Enlightenment Era Palace

The Hôtel de la Marine, one of two palaces located in Paris’ Place de la Concorde, was designed to fit a king. Literally. With its facade designed by the king’s architect himself, AngeJacques Gabriel, the palace once housed the Garde-Meuble de la Couronne and King Louis XV’s intendant. And like the monarchy itself, this neoclassical building was ransacked during the French Revolution. Following the revolution, the Navy took up residence, maintaining their seat of administration there until 2015. Listed as a historic monument in 1923, today the palace is undergoing a large-scale restoration project. The project is managed by the Centre des Monuments Nationaux (CMN), who commissioned Christophe Bottineau, the Chief Architect of Historical Monuments. His mission: to restore the building’s facades, roofs, and joinery and reinvigorate its interior space.

At the heart of the palace complex are two open-air courtyards. Prior to the renovation, this was a dark and dreary area with little to no natural light. To change this, architects added a pyramid shaped glass roof over the courtyards. The roof, which is designed to mimic the crystal chandeliers that once hung in the palace’s main halls, reflects the surrounding sunlight and fills the courtyards with bright, natural light and warmth. Measuring 20 by 15 metres and weighing over 70 tonnes, constructing the suspended glass roof represented a real technical challenge. To succeed, designers turned to three core materials: glass, steel, and stainless. The glass itself rests on a leaf structure made of steel, which is underpinned by tie rods and clad with 54 continuous stainless steel sheets. As to the stainless steel component, the project uses 1.5 mm thick Aperam 304L sheets, each of which measure 2 x 4 m and cover a total area of 432 m2. With a Uginox Meca 7D finish, the sheets not only add to the structure’s reflectiveness, they also create a mirror effect that conceals the surrounding steel frame. .

When all is said and done, Parisians and tourists alike will have a new cultural and living space to enjoy. The refurbished Hôtel de la Marine’s 12,000 m2 will include a combination of office, exhibition, and retail space. The public will also be able to take a tour of the palace and learn about life during the French Enlightenment.