Since 1966, Aperam Services & Solutions Lusignan has specialized in the surface treatment of Stainless Steel. And now our mirror, grit and ‘bouchonné’ polished surfaces will carry the ‘Origine France Garantie’ label! Whether used for construction, industry, interior décor, or home furnishing, this label gives you confidence that your high-quality and unique aspects support French manufacturing.

The theft of lead from the roofs of churches and other historic buildings is on the rise. Because preventative measures have proven ineffective, there is an increasing need for an alternative roofing material that offers the same qualities as lead but with little salvage value. Here, stainless steel has emerged as the material of choice. In fact, Historic England, the public body that helps people care for, enjoy, and celebrate the country’s historic environment, recommends terne-coated stainless steel (TCSS) as an alternative roof covering.

According to a new Guidance Note published by the organisation, “stainless steel is potentially the most durable roofing metal with its high ductility and tensile strength, making it more resistant to stresses associated with thermal movement and consequent fatigue problems.” It also cites such advantages as:

Aperam is one of only a few stainless steel manufacturers offering a portfolio of finished products dedicated to the roofing industry. Our Uginox stainless steels can be used with a variety of construction systems, and our experts are available to help you find the right solution for your project.

The Balancing Barn is a cantilevered holiday home for clients Living Architecture, a British organization devoted to making architecture an experience, who have a series of outstanding holiday homes in the UK. The building, which is 3O metres long, balances over a descending grassed slope at its midpoint leaving 50% projecting into free space, all made possible by the rigid structure. The beauty of the ever changing Suffolk skies and landscape are reflected in the Uginox Bright surface rejoicing in the season’s colours and moods. Roof and walls are covered using a traditional technique of interlocking stainless steel shingles which are individually secured using secret fixings providing robust and easy clean surface. Specialist contractor CEL from Peterborough undertook the project.The building incorporates four double bedrooms, each with separate bathroom and WC. At the centre of the barn is a hidden staircase providing access to the garden beneath. At opposite ends are the kitchen and large living space. All rooms have full height sliding windows giving wonderful views.

The advantages of stainless steel:

– A suitable aspect for this type of contemporary architecture

– An easy implementation of shingles providing robustness to the facade


The stainless steel cladding in 304L Uginox Top will give a 60-year life; cheaper than many common alternatives.

Ben Wyvis Primary is a new school with 10 classrooms, and community and sports facilities designed to replace ageing provision in the adjoining villages of Maryburgh and Conon Bridge, 12 miles north of Inverness.

The preferred approach was to provide the whole school on a single level, which has resulted in a spread out plan, and to have outward facing classrooms that open on to external patios.

The school is laid out in a simple steading arrangement with two teaching wings off the main spine. These form an open courtyard orientated to provide maximum sun penetration and wind protection. Construction efficiency and economy was achieved in subtle ways: use of a three-metre planning grid laterally and a common cross-section to allow the use of domestic-scale timber frame construction; and by minimising the external openings to reduce labour costs. The stainless steel cladding in 304L Uginox Top will give a 60-year life; cheaper than many common alternatives. The cladding harks to the agricultural heritage of the area, while still delivering a civic presence. At the end of its life, the material can be recycled.

The design evolved following detailed stakeholder consultation with the Highland Council’s Education Culture and Sport Service as client, the school, local community and interest groups. As this was two schools coming together into one, it was important that the consultation was meaningful and the views of the stakeholders were heard. The locals knew better than the design team how the school would tie into networks on the ground and what would best suit community needs.

The layout was therefore developed so that the nursery allowed easy access, and community facilities were sited alongside dining/kitchen area and the main hall. This maximised the opportunity for community use while ensuring it was remote enough from locations where noise could be an issue.

Pupils advised the team on what they liked to do in the playground, what they would do in a learning garden, and how the school grounds should be developed in a way that would be good for the environment. Their fantastic drawings influenced the site layout and formed part of our planning submission.

The school opened as planned after the mid-term holiday (2013), with pupils marched in from the old schools by a piper. Feedback so far has been very good, though it is early. However, we have been gathering performance data from recent schools, which demonstrates that the whole-life approach to design is working, and that these buildings will cost less in the long-term, and serve better. 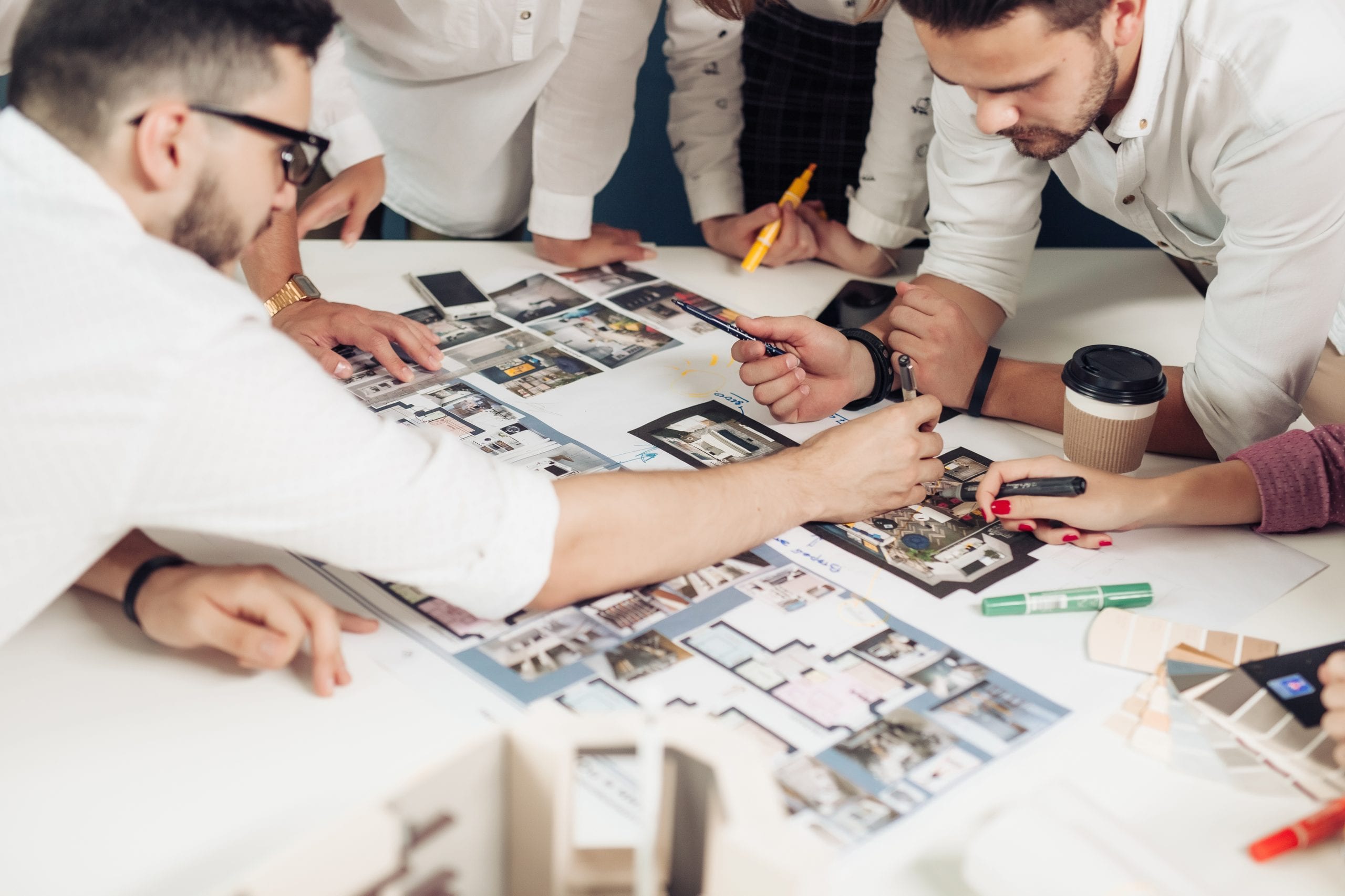